+ Add your own Blog 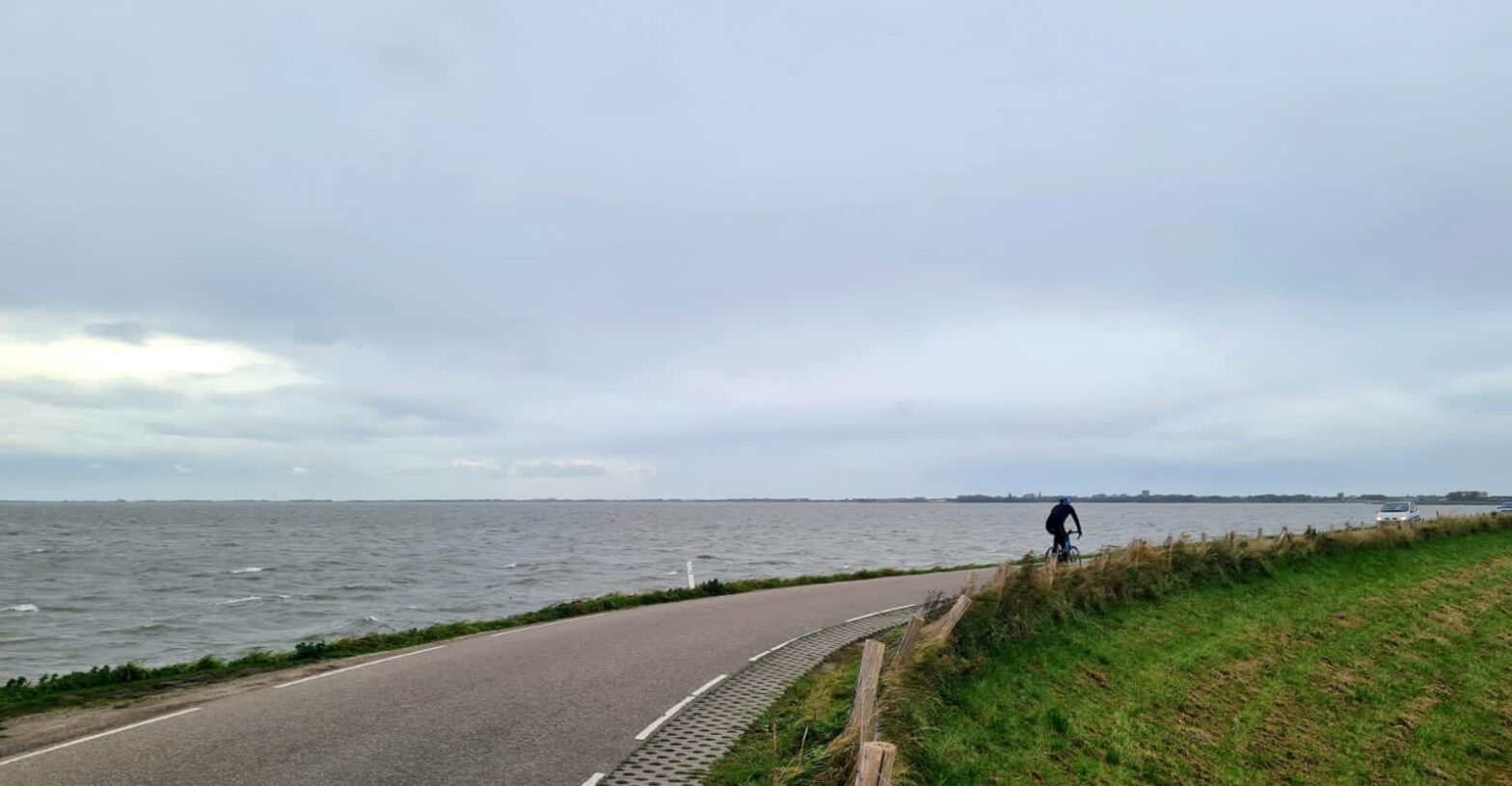 The wind forced us to ride diagonal on the dikes

Yes we all know that the Netherlands is pretty flat. But this ride is the real deal if you want to be impressed how awesome it can be to ride this flat country. But don’t be mistaken, because you are riding the dikes along the Markermeer. So for this ride the weather conditions determine how […] 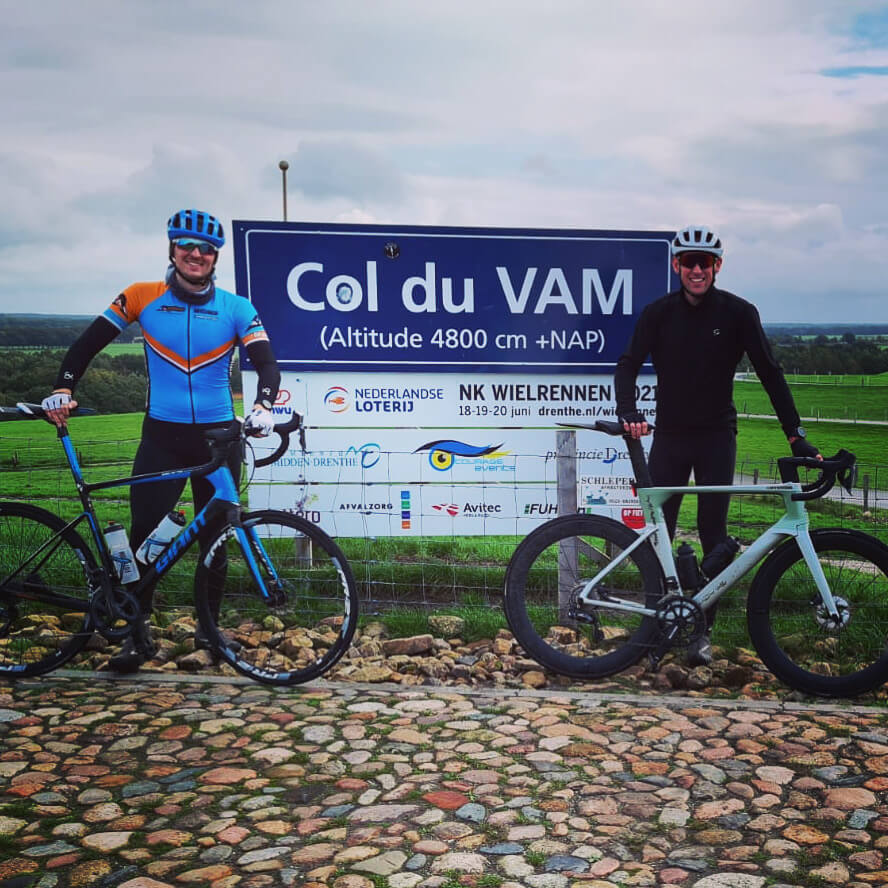 Col du Vam, get your bike on top of an old landfill

You have three climbing routes to get yourself on top of the Col du Vam. This hilly course used to be a landfill but now belongs to the world of cycling. The grades are challenging on this course. The road is about four meters wide, 2.100 metres long, with an average grade of 10%, features […]

Read more
climbing in the vosges

What a day in the Vosges! Climbing Col des Chevrères was like a boxing match. I wished that I could shift gears lower than 34×28. The long section with gradients vary between 15% and 18% completely ruined my smooth pedaling. All I can do was handing out punches on my pedals. Because what ever was […]

Read more
only every 100 years

How a blind soigneur immediately recognizes the talent of Fausto Coppi

The journey of Fausto Coppi to become a champion really kicked off when he started to work together with Cavanna. A blind soigneur which had started a cycling school in Novi, where young riders were given the oppertunity to become a much better cyclist. The first time he met with Fausto Coppi, he only said […]

Fausto Coppi was the first pro cyclist ever wining the Giro d’Italia and Tour de France in the same year, 1949. It all started when he was finally able to buy his first racing bike for 570 Lire back in 1935, a real Maino. He wasn’t an instant champion, ending often in the back of […]

The Angliru was first included in the Vuelta a España in 1999, and it was in 2002 when David Millar refused to finish the stage and got disqualified. He threw his racing number on the floor just meters before the finish line screaming “We’re not animals and this is inhuman” During the stage there was […]

A legendary day in the Giro d’Italia of 1988

In the Giro d’Italia of 1988 the monstrous stage over the Passo Gavia was only 120 kilometers, but this day became legendary as one of the most brilliant and insane mountain stages of the Giro d’Italia. Most cycling fans will remember this Epic stage by the former Dutch pro cyclist Johan van der Velde. Who […]

Read more
Only the strongest

In the Giro d’Italia of 1988 the course director Vincenzo Torriani could draw the course freely. In these days it wasn’t uncommon, that the course was designed in the hope to have an Italian cyclist to win the Giro d’Italia. Francesco Moser, third most winning cyclist ever, was an impressive complete rider but not that […]

A climb banned for 50 years, sounds serious. In 1960 the organization of the Giro di Lombardia decided to introduce a climb, that could make a difference. The fourth out of the six climbs that riders have to tackle in Giro di Lombardia is the Muro di Surmano. It’s an incredibly difficult climb that was […]

Michele Scarponi, who was going to be the leading man for his team Astana, just died a few weeks before the start of the 100th edition of the Giro d’Italia. His team decided to start with 8 riders instead of the usual 9 as a tribute to him The Giro d’Italia cannot possibly forget a […]

In 1910 Col du Tourmalet was part of the Tour de France for the first time taking cyclists higher than they had ever been before. They needed to pedal over a 2.000m giant. To make this possible Henri Desgrange, at that time the director of the Tour de France, paid the local authority 3.000 francs […]

Remarkable break from Federico Bahamontes at the the Col du Galibier

Federico Bahamontes is a former pro cyclist who that made the Col du Galibier look easy. It was in the Tour de France of 1954. Federico Bahamontes, also known as the ‘The Eagle of Toledo’, was riding up the climb fast and on the summit he took a break to get an ice cream while […]

Read more
The start of a career

The Grosslockner marks the beginning of the career for Charly Gaul

Charly Gaul, ‘The Angel of the Mountians’, is the winner of the Tour de France in 1958. The Grosslockner marks the beginning of his career. He won the stage with the climb Grosslockner during the Tour of Austria setting a stage record at the age of 17. It was his first race outside Luxembourg, his […]

Memorable lose of the yellow jersey

In 1952 the first summit finish in the Tour de France was at the Alpe d’Huez (1.880m). Fausto Coppi placed an attack 6 kilometers underneath the summit and became the first winner. It was the first stage from Tour de France ever broadcasted live. A legendary finish, as he graphed the yellow jersey with 1 […]

A mud face is a good face ✊… And the end resul

If you're good you will not ride a flat. So it is

A bike is all you need 🚴👌 📸 @frankmesker

Joined today @frankmeskers kick off for his 3 day