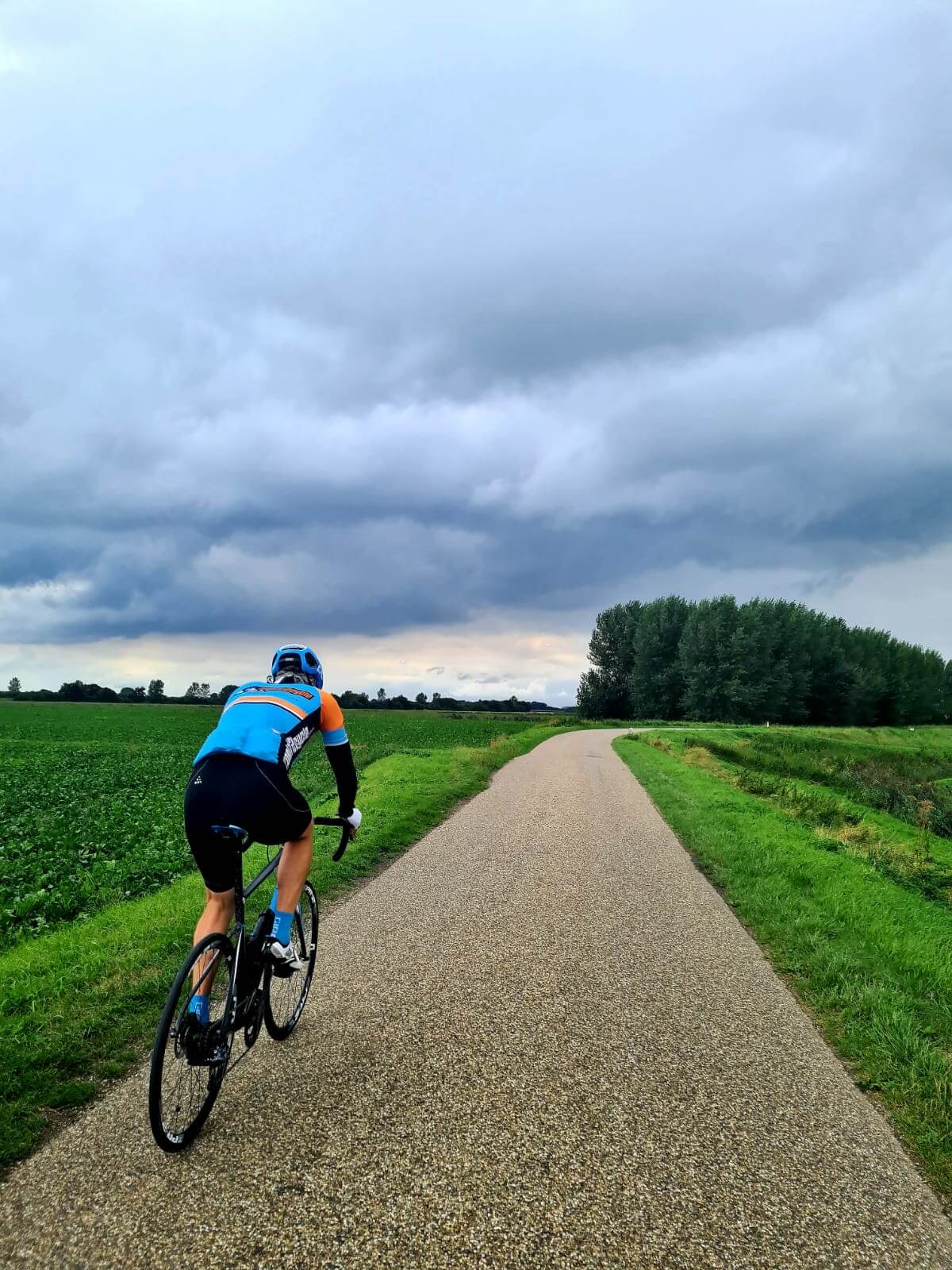 La Vuelta Holanda, the Dutch organisation responsible for getting the stages of Vuelta a Espana organised in the Netherlands, had planned the route for the three stages. Things changed because of the COVID – 19, so the Vuelta visiting the Netherlands didn’t happen in 2020 and moved to 2022.

The Rocketman Frank and I draw the route ourselves using KOMOOT and is fully inspired on the stage 3 of the Vuelta 2020 Breda – Breda. It’s a little over 200 kilometers and in the province of Brabant you will only gain elevation at the viaducts, so no need to mention those. This ride is a perfect endurance ride for the weekend.

The route includes stops to recover and an honorary lap through the Wim van Estlaan, who was the first Dutchman to wear the yellow jersey in 1951.

Unfortunately no .gpx file to be found on the entire world wide web, so I partnered up with my cycling buddy the Rocketman Frank and we made it happen. We finished where the pro’s were supposed to finish, in front of the Chassé Theater, and started off with a cup of coffee at one of our favorite pubs in the city Breda, Studio Dependance. After this cup of coffee we started our ride.

We made and had to make some small adjustments to avoid the hustle and bustle in the cities and because we aren’t pro’s for whom roads are getting closed.

Your first rest stop is at 90 km at a gas station. The Rocketman Frank was pulling our two-man train when suddenly he couldn’t maintain the speed. His tire was slowly pushing out all the air, so lucky us not a direct flat because we were within 1 km of our first rest stop. He put as much weight as possible on his front tire, good leg exercise by the way, trying to make it to the gas station.

The lady at the gas station was very helpful and immediately gave us an air pump. And after we had something to drink and to eat, we left and set course to our next resting point at 130 km Brasserie de Berk. Perfect stop for some apple pie and a coffee, we took a XL because caffeine will keep you going.

Before finishing this ride at 182 km in the village Sint Willebrord we did a small lap of honor through the Wim van Estlaan, our first yellow jersey wearer in the Tour de France, and also stopped for a moment to check out the monument which honor Wim van Est for his achievements.

View item
One of the steepest

Roads like this makes you addict to go out and rid